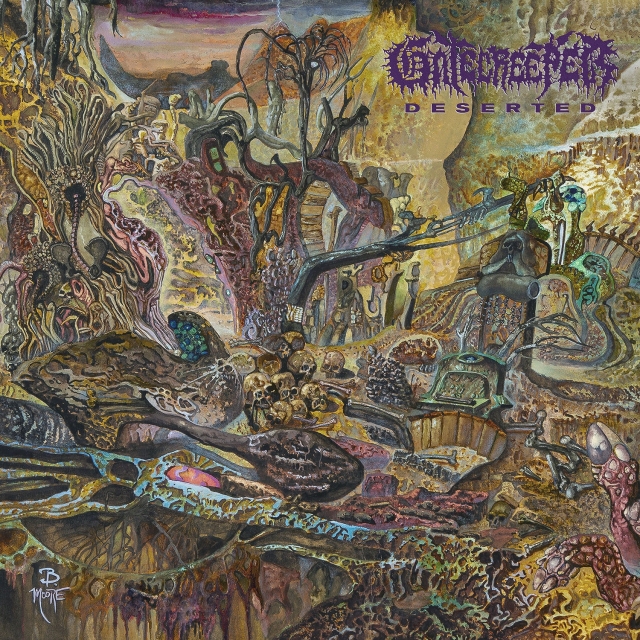 Gatecreeper’s new album Deserted is a furious mix of snarling guitars and driving, rhythmic pummeling. The band takes death metal from its 80’s Floridian roots and 90’s Swedish expansion straight into the here and now. Deserted comes out swinging with with super gross death metal that’s best played with the volume turned up to 11. From the Ashes is an absolutely brutal track that hits you like a bad trip. Everlasting showcases how you don’t have to play fast to play heavy. The track is four minutes of slow, dirty, chunky riffs that would make Obituary proud. Boiled Over is a deliberate and slow-moving chug-fest. Finally, Anxiety is the bonus track on the album that was originally released via Adult Swim’s singles series. The track is a bit more adventurous than typical Gatecreeper fare and unleashes the torment and anxiety that comes with finishing an album. This album rips.